Liverpool are reportedly content with Georginio Wijnaldum leaving the club at the end of the season, but former Anfield hero Steve Nicol believes an exit would be “crazy”. Wijnaldum has just 18 months left on his contract at the Anfield club with uncertainty surrounding his future. Wijnaldum has forever written his name in Liverpool folklore for his heroics in the dramatic 4-0 win over Barcelona in the Champions League last season. More than that though, the Holland international has established himself as a key member of Klopp’s side over the past few years. He has started in all but two of Liverpool’s games in the Premier League this season with the club sitting 13 points clear at the top with a game in hand. But reports emerged on Monday that the Reds would be “content” with the midfielder leaving the club for free in 2021. JUST IN: Liverpool leapfrog Man Utd with record Nike deal - what is it worth? The news came as a surprise to some Liverpool fans and Nicol believes the club would be mad to let Wijnaldum walk away. “The suggestion is that they’re not going to offer him a new contract,” he said on ESPN FC. “That makes no sense whatsoever. “He’s been a huge part of the success of Liverpool over the last 18 months to two years. READ MORE Liverpool boss Jurgen Klopp like the ‘new’ version of Sir Alex Liverpool transfer boost, Man Utd eye Bruno Fernandes deal Liverpool open to Gini Wijnaldum transfer exit Trending READ MORE Liverpool announce new kit deal with Nike from 2020/21 “I would suggest this is absolutely crazy. “If you’re going to let him leave, that means you’re going to have to bring someone in better than him which is great news for Liverpool fans. “If you’re bringing in someone better than him then yes please, thank you very much. “But you’re also going to give him a contract because you’re not going to let him go for free because he’s definitely going to bring in money from 90 per cent of the teams in the world. READ MORE Liverpool have a shot at Ousmane Dembele transfer because of one star “Will he leave? I don’t think he’s leaving anytime soon.” Wijnaldum was rested for the recent 1-0 FA Cup third round win over Everton but is expected to return to the squad for Saturday’s away trip to Tottenham (5.30pm). The match also marked Alex Oxlade-Chamberlain’s return from injury after he came off the bench for a 20-minute cameo. And Jurgen Klopp is set for more good news with both Fabinho and Xherdan Shaqiri returning to training this week. Fabinho has missed Liverpool’s last 12 matches in all competitions after suffering ligament damage against Napoli in November. 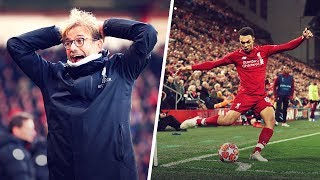 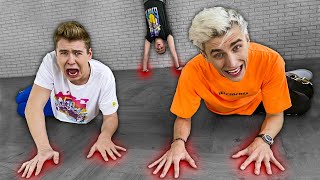 Is There Any Point Pressing Gini Wijnaldum?

Liverpool vs Dortmund - Klopp in Liverpool!